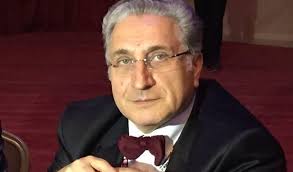 “I am sure that high-minded figures such as Ibn Rushds, Ibn Sina, Imam Ghazali, and Farabi, who are the pride of all the Islamic world, will present with their luminous brains in our nation’s ulama class.” Gazi Pasha, Speech at the Konya Sultani School, 22 March 1923

Although our Reverend İsmail Hakkı Aydın is a specialist in the field of Neurosurgery, he is the representative of versatile medical people living in our age, such as the Turkish medical man born in Bukhara (980-1037), who is one of the most distinguished of our founding 20 thinkers (1).

“Avicenna went to systematize the knowledge in medicine and astronomy. The systemizers were perhaps too successful in this way. After an extremely comprehensive professional handbook was written, as Ibni Sina compiled, there was not much research left for a medical doctor to do. “ (William H. McNeill: World History, p.383, Image Bookstore, September 2003, Ankara)

Prof. Dr. İsmail Hakkı Aydın, many doctors, neurosurgeons, Asst. Associate Professor, Associate Professor and Professor. In addition, the leading scientists of the world have been referenced many times in both books and articles abroad, and the surgical techniques he developed have taken place in classical books.

Farabi (870-950) with Avicenna (980-1037); Fount of Turkestan (Kazakhstan and Uzbekistan) feeding Turkey, one of our greatest thinkers have reached infinity light of philosophy and science.

How Ibni Sina; If he broke ground in Philosophy, Medicine, Astronomy and Chemistry, our sage is also a writer, thinker and scientist, as well as a medical man like Ibni Sina, and his works are also available as calligraphers and poets. He reflects his being AYDIN ​​to us with lyrics (classical Turkish music), poems, calligraphy, caricature, music philosophy, neurophilosophy, literature and theology books (medicine), conferences and interviews.

He knows both eastern (Arabic, Persian) and western (French, English) languages ​​as an uncommon virtue among our thinkers.

His family is like a university; packed with scientists. His main teacher, his grandfather Hacı Hafız İsmail Hakkı Efendi, one of the great scholars, professors and sufis of the time, was one of the founders of the Trabzon Defense of Law Society; He took lessons from his grandfather for twenty years, the Quran, Arabic, Persian, Kalam, Fiqh, Tafsir, Hadith, Sufism, Rhetoric, Philosophy, Logic, Music and Literature. Continuing to teach his grandson even while he was doing an internship from medical education, İsmail Hakkı Aydın supported our sage for his interest in science and ink. He learned calligraphy, Islamic Law and French from his father, the Mufti of Maçka, Halit Aydın.

One of his namesake is a scholar, mystic, poet, hafiz, composer and calligrapher İsmail Hakkı Bursevi (September 14, 1652-1725). Another is; Prof. His right is from Izmir (1869 – 1946). These two valuable people are not just namesake of Prof. Dr. İsmail Hakkı Aydın, they are noble ancestors of Devlet-i Ali from the tradition of science and science.

The first Muslim thinkers studied the cultures of those other than themselves. The Classical Islamic Thought Tradition was not exclusive and labeling. İsmail Hakkı Aydın is one of the masters of the classical Islamic thought tradition such as İbni Sina, İbni Rüşd, Farabi and Gazali; He thinks similarly. It reminds us of the language of Classical Islamic thinkers.

Born in Lice, Diyarbakır, Prof.Dr. Mahmut Gazi Yaşargil (b.1925) and his student, born in Maçka, Trabzon (b.1954) Prof.Dr. İsmail Hakkı Aydın also reflects the light of science from our country to the world and brings us together with international success and awards. He continues the superior school of his master Gazi Yaşargil. It reminds us once again about the importance of the master-apprentice relationship in raising people.

Ancient roots fed by our sage; It is 250 Golden Years (870 – 1111) on the Farabi – Ibni Sina – Ghazali Line, it is our Meditation Civilization illuminated by the Horasan Light.

Our sage is also a representative of a school that is not common in our country. He eliminated the disconnection of Science with Science (Religion), which is an inseparable duo; live each of them together.

Our sage explains the unity of Science and Science that puts AKIL at the center and the nuance differences between them as follows.

“Science is for the benefit of humanity; To synthesize the information obtained from both field laboratories and experimental laboratories, and present them to the service of humanity by synthesizing the necessary things in terms of living more prosperous, better, more peaceful, more beautiful, glorifying social values ​​and contributing to civilization. However, doctrine and dogma have no place in science. In addition, there should be continuity, criticism, sortability and repeatability in science. In addition, what is right today may be wrong tomorrow, what is wrong tomorrow may be true today. As a matter of fact, past information is not always a source and basis. Its main purpose is to lead a happy life. Science, on the other hand, takes truth and love as its main goal. He tries to find the truth. In addition to the instruments used by science, it also accepts reason, nassi and dogma as evidence. It follows a stable progression. In science, when the mind and science go hand in hand or the mind is one step ahead, in science it usually goes one step behind, even if it does not go hand in hand. Although reason and philosophy go a few steps ahead in science, by running after the truth, it becomes the science of “Kalam” (Islamic Philosophy). Also, while the philosophy of science has no red lines, there are dogmatic red lines in scientific philosophy. The scientist has to pay attention to these lines. “

I met them during the classical conferences since 1994 of ASAM Eurasia, the only think tank in our country. His most recent Conference, given over two breathless hours, was a science feast alone at the highest level. (You can download from the Internet; Music and Enigmatic Brain, ASAM Conference, Prof. Dr. İsmail Hakkı Aydın, 25.02.2017)

The superior qualities of our sage will not end with counting; In my personal assessment, the fact that a neurosurgeon has a rich world of mind not only in the field of his profession, neurosurgery, but also about / about what our brain produces (ideas, science, art, wisdom), constantly giving references from the Quran and our Thinkers in his conferences, With its modest personality, it is an example not only for the people of our country, but for all humanity.

Hopefully, we will publish the conferences and articles of our professor about “Our World of Thought and Our Thinkers” as soon as possible, we will hold comprehensive conversations with them in this direction, record what is in our professor’s mind and memory, and put them into writing.

Our sage gets involved in the secrets of our brains and turns the brains on and off for surgical interventions. Their uniqueness is that they share and transfer the brain power of our scholars, scholars, dervishes and scholars without any surgical intervention in our brains; By bringing solutions to our current problems, it reminds us of our underground brain treasures without getting tired.

Let’s not only listen to our sage, let’s have his works translated into foreign languages ​​into the languages ​​of the east and the west, let’s publish the Gift Book about him without delay.

The self-confidence of Turkistan thinkers who have met with Islam is in their minds; Aristotle, who will constitute the foundations of the West with the Renaissance, has internalized Hellenistic thinkers such as Plato. Thanks to his comments and examinations, Farabi is known as Muallim-i Sânî or Hace-i Sâni (Second Master) among medieval Islamic intellectuals. Hace-i Evvel (First Master) is Aristotle.

Our sage İsmail Hakkı Aydın carries the self-confidence of the early Islamic thinkers.

The union of Science and Science has made us strong for a thousand years between the years 700-1700 since Abu Hanifa (5 September 699 – 14 June 767). With the 21st century, these ties are being re-established. As a result of the fact that the Ilmiye class could not overcome this gap in the last 300 years, it has been reached today. This disconnection continued during the Republic period.

At this point, İsmail Hakkı Aydın is a new school to be taken as an example for Scientists (Aydınlar) and Scientists (İlahiyat, Diyanet), who are the representatives of today’s scientific class, by realizing a combination that suits his surname and the family tree of the Science of Science. (Science & Science) started it.

Hopefully, this self-confident road opened by our sage will enable a new understanding in our country where Theology and Science will be integrated; Our professor’s proposal of Islamic Technical University should be implemented.

I hope that our scientists and thinkers will carry the idealism and enthusiasm of our professor, achieve high scores in the international scientific community, and be servants to humanity.

As our sage stated in the Conferences, it has been revealed by current scientific studies that the working system of the universe and the human brain is exactly the same.

So how will thinking minds draw conclusions from this sameness?

Perhaps it can be progressed by asking questions; We believe that our professor’s valuable book and what he wrote and said up to this day will lead to the following questions and search for answers to these questions.

The alphabetical sequence of more than 100 concepts, questions and determinations below, which we have collected by random method from our professor’s works (books, articles, conferences); Isn’t it a very meaningful summary of the intertwining of Science and Science?

TÜZDEV (Turkey Gifted and Genius Child Education Foundation) Chairman Kemal’s Tekdemir, with a concise evaluation of Civilizations “on the basis of science, art and religion are inseparable,”

Brain Power is the Power of the Gentlemen, the wise, productive and energetic power of those who can be Bey, those who are not Beyliks.

Let’s conclude our thoughts with a proverb from our sage, Prof Ismail Hakki Aydin.

“Our greatest treasure is the brain. It is neither gene, chromosome, nor mind that makes a person different. It’s his brain, his brain! ”

The Philosophy of Bibliography (Book Science)